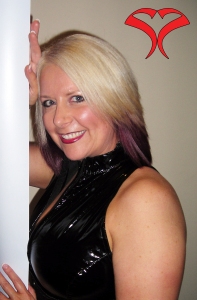 When I was eleven I read my first adult book: The Collector by John Fowles. I’d never read anything like it. Technically it was a thriller but it was also a psychological horror. The fear and tension Fowles created made me realise that I quite enjoyed being scared. By that I mean ‘safely’ scared. We can read a book, drop into another person’s world, be terrified for a few hours but when we close the pages we can return to the safety of our real lives. Horror does that for people and supernatural horror is the best kind in that way.  Vampires, werewolves, ghosts can all be dismissed as ‘not real’. I’m not into slash or torture porn stuff, so films like Saw and Hostile just don’t appeal to me – although I love Hellraiser as Clive Barker uses a lot of psychological horror in these with the occasional dip into the physical horror. One of the most frightening realistic horror books I’ve read was Richard Layman’s Endless Night. It was awful because it could really happen. I hated the book from beginning to end, but couldn’t put it down because I had to know if the main protagonist survived. I wasn’t brave enough to read any more of his books after that! Other influences were early Stephen King and Dean Koontz. I liked Koontz because he often took trips into fantasy, science fiction and horror: he wasn’t just about ghost stories for example.

My Vampire Gene series is having a huge amount of success. The first book Killing Kiss continues to sell out and I’ve lost count of how many print runs we’ve had so far. My favourite of the series is Demon Dance (Book Three) as it brings together the first two books in a very unique way. Having said that, Zombies in New York and Other Bloody Jottings is getting a lot of attention at the moment and we are in talks with an American production company about some of the stories making the big screen. I feel that the Zombies … collection contains my best written work so far. This is because it is so eclectic. I decided to explore the genres and so, as well as a Zombie story, you also have Werewolves, Vampires, Crime Thriller, Psychological Horror, Ghost Stories, Black Comedy (because I really do have a very warped sense of humour), and you’ve even got an erotic story in there. It was quite a challenge writing stories back to back like that but it was great fun and I’m definitely going to do another collection as soon as I get the opportunity.

I’ve just completed the fourth Vampire Gene Book, Hateful Heart, and yesterday I started the first book of a new series which will be Epic Fantasy. I can’t say more about that now as I haven’t yet signed a contract with a publisher for it. But I’m hoping to hear something soon.

Graham Masterton, Tanith Lee – I absolutely love their works. Graham and Tanith are just so enduring. I hope one day to have the skill and stamina they have and that I last as long in the horror industry.  I also really enjoy Simon Clark’s writing. He has the perfect mix of psychological fear in his works. In the vampire genre L.A. Banks is excellent as well.

Oops! I think I’ve already answered this but I will say I don’t mind some gore, not just out and out mindless gore for the sake of it. I quite enjoy writing gore too but it has to be mixed with the fear factor. I played with that a lot in Zombies in New York and The Toymaker’s House in the collection by building a sense of paranoia and suspicion first. Gore only works when it’s mixed in psychological fear first, otherwise it’s just slash.

All writers say they are different from anyone else and yes, they all are. My Vampire Gene series is very much about being different though. Each book is unique from the previous one. It’s been said that readers enjoy the safety of formula writing, that they buy into a series because they expect each book to give them the same thing as the last. I actually find that very boring though, not just in reading but also in writing. I wanted the series to evolve, not remain static. So, what you have in the first book, Killing Kiss, is a little bit like you would expect from a vampire book. It’s horror, but it’s also psychological – and my vampire is fierce, he’s a serial killer and he makes no apologies for that.  The second book, Futile Flame, has a different narrator for the majority of the story. This starts off traditional and then it throws the reader a curve ball as they find themselves in the realms of fantasy two-thirds in. Demon Dance, on the other hand starts in that epic fantasy world, and what we have is my main protagonist, Lilly being thrown through time portals against her will. When I’m asked to describe the series I often say what we have is Queen of the Damned meets Quantum Leap with a dash of Hellraiser.

As far as the collection, Zombies in New York …, goes, I recommend that to all hardcore horror fans because I deliberately didn’t hold back on the horror aspect. It’s not for the faint hearted. 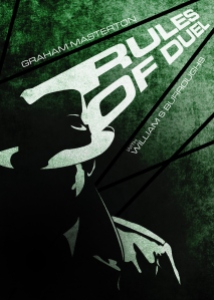 Rules of Duel By Graham Masterton (with William S Burroughs). This is one of the most unique books I’ve ever had the privilege to read. It’s poetic, humorous, fantastical and horrible: a literary horror masterpiece. You’ll love it.

Permanent link to this article: https://www.thisishorror.co.uk/read-horror/meet-the-writer/sam-stone/