Welcome to part two of our interview with Solaris and Abaddon Editor-in-Chief, author and former stand-up comedian, Jonathan Oliver. If you missed out on part one then read it here. If you like what you read, head on over to Amazon and buy the Jonathan Oliver edited anthologies House of Fear and The End of the Line.

How closely do the stories we see in House of Fear resemble the original submissions pre-editing?

JO: Ninety-nine per cent of the time they are the final product. I don’t think I’ve asked anybody to re-write anything. There may have been the odd typo here and there, but on the whole the stories were submitted as you see them on the page. There was no editorial interference on a massive scale – these people know what they’re doing.

Abaddon champion the good old days of pulp fiction, and horror literature. Is there a divide between the two?

JO: There is no divide between great literature and great pulp. Great pulp is great literature. I hate the term ‘literary fiction’, it drives me up the fucking wall. In terms of the book-selling trade ‘literature’ is a genre, but I don’t think there’s a difference between good fiction and literary fiction. You can pinpoint the pulp sensibilities down to thirties and forties American magazine publishing. Pulp is the paper stock it was published on and the pulp ethos is tight stories, entertainingly written with a certain economy. 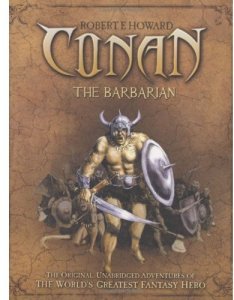 The two great pulp masters are Robert Howard and Fritz Leiber. If you read more than five Conan stories in a row you will grow sick of Conan, but there are certain elements that are wonderful – they’re punchy and written with a zest for adventure. Fritz Leiber is one of my favourite writers, his short fantasy fiction was a massive inspiration for the Twilight of Kerberos series. Nobody writes short fantasy fiction now, Stephen Erikson novels are all about 1,200 pages long and George R. R. Martin is still writing Game of Thrones. Fritz Leiber wrote short stories, set in a fantasy world, that are as rich as anything either of those two writers have produced, though I’m also a fan of both.

The best of pulp fiction from those great American magazines of yesteryear, still stands up today. Admittedly a lot of it was terrible but then a lot of things published today are arguably dreadful. I don’t think the boundaries of what constitutes good literature have changed, and the fact that Conan the Barbarian is still a going concern is astonishing. That he wrote those stories in the space of ten years or so [before he shot himself], and they still endure, and are in print, should say something for the quality of his fiction.

It’s unfortunate that pulp has become a signifier for bad literature, and that’s partly the fault of the ethic of those workforce magazines; write it quick, publish it quick, quick buck. But there were things that came out of the pulp era that are to be celebrated. Dickens arguably comes from a pulp tradition. He’s, perhaps, one of the greats of English Literature, yet he was still writing in the pulp model.

What plans do you have after House of Fear and will you be releasing another anthology?

JO: Yes, I’m working on a new horror anthology for Solaris, so watch this space for a 2012 release. In the meantime, I’m also open to doing anthologies for people on a freelance basis. Since finishing my final book for Twilight of Kerberos, I’ve being going it my own in terms of writing and am starting to build-up my portfolio.  [Editor’s Note: you heard it here first publishers – snap Jon up quickly!].

In terms of horror, we have a lot of really exciting things coming in 2012, such as Simon Bestwick’s debut for Solaris, The Faceless. There’s real heart to Simon’s fiction. He’s a serious and genuinely surprising writer. Tide of Souls – the zombie novel he wrote for Tomes of the Dead – was great because it was also a ghost story, and I didn’t see that coming! More importantly, it worked really well because he put something in there that shouldn’t have worked, but did. So it’s great to be working with Simon again.

“Steve Rasnic Tem talks about relationships, love and death, so profoundly within the context of supernatural literature.”

We also have a novel by Steve Rasnic Tem called Deadfall Hotel, it is genuinely one of the most beautiful works of fiction I’ve ever read. I’ve been reading Steve’s short stories for a long time and he’s always struck me as a brilliant writer. I recently read Steve and Melanie Tem’s biographical fantasy The Man on the Ceiling, which is stunning. It’s both moving and beautiful. Steve talks about relationships, love and death, so profoundly within the context of supernatural literature and the strange. Deadfall Hotel is a big haunted hotel novel, and it blew me away the first time I read it. We have a gorgeous cover and interiors by D’Israeli, the comic book artist. 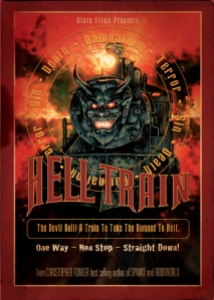 The next two parts of Gary McMahon’s The Concrete Grove trilogy will be released in 2012, and Christopher Fowler’s Hell Train will be released. It’s basically the film hammer never made – a fitting tribute to Hammer Horror. So we have many fine new horror titles planned for next year.

What are the differences and commonalities between The End of the Line and House of Fear?

JO: They both showcase the best of short horror fiction in the US and UK. In terms of differences, the theme in The End of the Line is the underground and in House of Fear it’s haunted houses. Both showcase really good horror fiction and the importance of the short story.

Permanent link to this article: https://www.thisishorror.co.uk/interviews/jonathan-oliver-autumn-2011-pt-2/