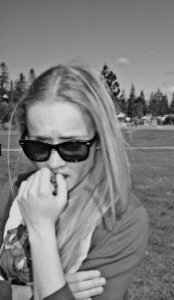 Louisa Fielden is one of British cinema’s brightest up and coming filmmakers. She was recently nominated for Best New Talent at the 2011 Media & Innovation Awards. 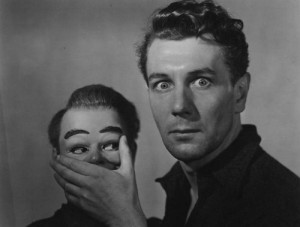 When I was about 11 I watched Dead of Night – an Ealing horror film from the 40s. The “Just room for one inside, sir” line haunted me for a few years afterwards, and the ventriloquist’s dummy portion of the film is still something I find very disturbing to this day. At around the same time, my sisters and I would wait for our mum to leave the house, then whack in whatever VHS was out of our reach – favourites were Alien and Terminator. We had good taste.

I consider horror to be a director’s medium and that’s why it appeals to me. Good horror films are crafted with exquisite care and skill. Also, horror attracts fans that pursue the genre with passion.

Having a showcase of my work at the BFI IMAX in London was pretty cool. Getting a First from Oxford University gave me a great sense of achievement too. Outside of work – I feel very proud of my awesome two-year old niece, and my ability to cook a world-class Spaghetti Bolognese.

I’m developing two sitcoms, and I’ll be shooting a couple of big music promos in the New Year. I’m also moving further behind the camera and producing work for others, which I absolutely love. 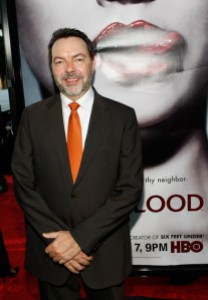 I think Alan Ball’s work on True Blood is incredible.

I don’t know. I think those terms have been hijacked by film marketing companies in recent years. If it’s gore, the implication is that it’s more hardcore – for die hard horror fans. If it’s psychological horror it’s more intelligent – your mum can watch. Kate Hudson’s in it.  The Silence of the Lambs, one of my favourite films, is a great example of a film that straddles both sub-genres. Yes, I said straddle.

Very. I think that gets to the core of what directing this genre is about.

There’s a great quote from Mad Men when Don Draper says, “Our worst fears lie in anticipation” and I think that’s very true.  The build up to the event is just as important as the event itself.

Anyone who says they’re certain about something.

I dislike censorship in almost all forms. So even if I consider a film to be tasteless and disgusting, I think it should still get released. “Too far” is simply a matter of personal taste.  Having said that, I’ve been much more emotionally disturbed by a good drama or romance than I have ever been by horror. For me, tears are worse than fears, I guess. 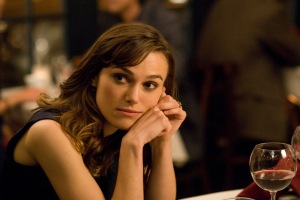 I’m not a huge fan of horror in its current incarnation, so I hope it gets better. I think the vast majority of the genre’s output is cheap and poorly written with no underlying tension. I think we need a new Spielberg to set the genre back in the familiarity of the family unit – and then to do something visionary with that backdrop.

Permanent link to this article: https://www.thisishorror.co.uk/see-horror/behind-the-lens/louisa-fielden/