Honestly, I cannot recall the first horror film I watched. I was probably terrified at first, but also very intrigued. As I grew older, I wanted to watch as many horror films as possible and rented just about every horror flick from our local Blockbuster.

The combination of sex and death, two taboos in America. 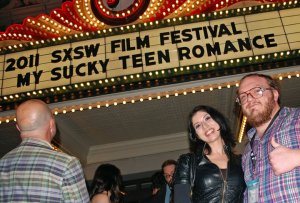 Professionally speaking – this year I won the Golden Cob for Best Rising B Movie Actress, Albino Farm has been playing for months on Showtime, and having a small part in My Sucky Teen Romance, which premiered at the 2011 SXSW film festival and is slated for theatrical release in 2012.

Personally, I was recently married in August and accepted into an honour society for my high GPA.

I have several projects lined up, but I cannot talk about them just yet. Keep checking my website for updates [find the link at the end of the interview]!

I just adore Elvira and I really respect Robert Englund. I admire the visual concepts that Rob Zombie and Tim Burton use in their films. 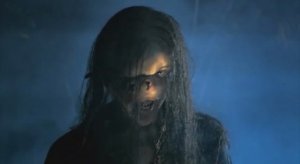 I like a mix of both. I enjoy films that make me think or bring out emotion, but I like watching people die violently, too.

It depends on what you are going for and how important it is in your storytelling. If it is shock for shock’s sake, it feels transparent. Sometimes the most terrifying things in life are very subtle.

In ‘real life’ it is not hard for me to turn quickly. I admit that I am moody, occasionally short-tempered, maybe a bit too proud, and when feeling defensive, I have a way with words that can be damaging. It is difficult for me to keep personal relationships sometimes. People are genuinely shocked when I get angry. I assume it is because I am typically polite and kind until I am fed up, so they just do not see it coming. But, being able to turn on and off emotions so easily has been very helpful as a performer.

People, especially men, tend to scare me because they can be unpredictable. Mental illness is truly horrifying because if you lose your mind, you lose your existence, and where does that leave you? 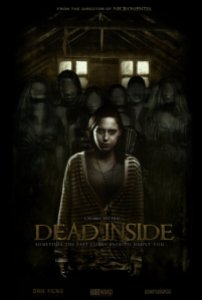 This question had me perplexed for a while. How do I say anything without sounding narcissistic? I suppose I am not your typical actress and I am photogenic. Also, the more you watch, the more I get work, and I love working!

I don’t believe in censorship or in going too far to express your vision, but torture, explicit gore, vulgarity, or shock just to get people talking seems cheap and gimmicky.

I will be in more prestigious horror films! Honestly, I do not know, it depends on our culture, economy, and technology at the time. We know how quickly trends shift.

Please check out Albino Farm, which was my debut into horror. Also, keep your eyes peeled for Pearry Teo’s Dead Inside and Emily Hagins’ My Sucky Teen Romance in 2012. I have cameos in both!

Permanent link to this article: https://www.thisishorror.co.uk/see-horror/behind-the-lens/bianca-barnett/