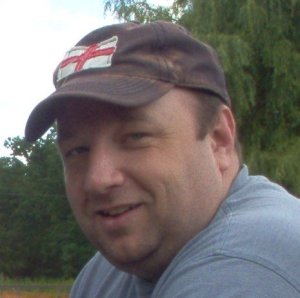 I liked reading it, is the simple answer.  I started writing horror in my mid-teens, when video nasties were just coming into their own and Fangoria was about; Cronenberg had made Videodrome, and Rick Baker and Tom Savini were revolutionising what we saw; Clive Barker was telling gruesome tales set in an England I knew and recognised, and Stephen King was really hitting his stride, so it seemed like a natural avenue to go down.  Gory was good.

I’m glad I stuck with the genre – it offers the widest breadth of style and plot and characterisation, it has a rich history and it allows you to let your imagination wander, whilst also keeping things very much pegged into ‘real life’. 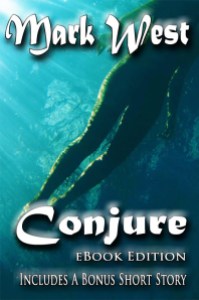 Wow, what a question and I’m not sure the writer is the best person to answer it, but I’ll give it a go.  In terms of people buying it and the feedback I got, I’d say it was probably my novel In The Rain With The Dead, which Pendragon Press published in 2005.  I’d hope it was Conjure, which was recently re-issued as an ebook from Generation-Next Publications, because that’s available and it’s picked up some good reviews and I think it’s representative of where I am now.

As I write this, I am working on two projects and have just put another to bed.  The one that’s just finished is ill at ease, an ebook collection I was involved with alongside Stephen Bacon and Neil Williams.  We each contributed a story, Neil did the cover, a friend of mine formatted it and we published it through my little press.

Otherwise, I’m currently re-drafting my story What Gets Left Behind, which will be Spectral Press’ 7th chapbook, to be released September 2012.  I also have a novella, called The Lost Film, coming out next year from Pendragon Press, and I’m in the middle of revisions for that.

Beyond these, I’m making notes for a new novel, which is both exciting and terrifying at the same time.

People who have a vision and imbue their work with a bit of passion.  The thing is, horror – rather like Mills & Boon romances – is seen as an easy genre to work within and that’s just not true.  I mean, it’s simple really isn’t it – killer with a large weapon, scantily clad (or, better still, nude) nubile young ladies and lashings of gore.  Bingo, watch the profits roll in.  But that’s not how it works – the Emperor’s New Clothes might work for a book or film or two (come on down, Eli Roth), but you’re not going to be able to build on it, to create a body of work where you can explore the world around you.

I admire Stephen King, because of his longevity and his desire to pull people into the genre.  I admire those writers who consistently put out quality product, even when the market is dwindling and never settle for second best (thinking, specifically, of Ramsey Campbell and Robert McCammon), those who take chances (Clive Barker) and those who I want to keep reading, even after I’ve finished the last page.

I’m also lucky to be involved in the independent press now, with such a strong-group of writer friends around me and the list of people I admire there is huge (so I’ll not mention anyone, because I’ll be bound to leave someone out).

So, long answer short, I admire people who write and create with a passion that comes out, who’re not in it for a quick buck, but want to try and say something about the world around us.

It all depends on the work at hand, but generally speaking, my liking for gore has lessened over the years.  I think that psychological chills tend to work better, though throw in a bit of sudden violence and gore and you’re onto a winner.  Writing something gory from start to finish is a pointless exercise, like the film-makers I mention above – if you don’t care about the character and what they might be experiencing, it’s just about the special effects. 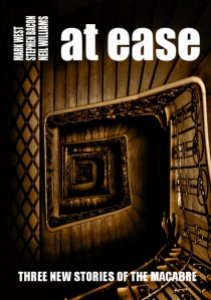 Erm, how bigheaded should I be here?  I think people should read my work because it’s honest, it’s about real people and I try to give the reader as good a ride as I possibly can.  And hey, who doesn’t want to read about a man getting chased by three clowns in a community centre, or a private detective who keeps seeing people in black & white as he tries to track down a long-since-missing exploitation film-maker?

Boy’s Life by Robert McCammon, which is simply one of the most beautiful books I’ve ever read in my life. And ill at ease, obviously.

Permanent link to this article: https://www.thisishorror.co.uk/read-horror/meet-the-writer/mark-west/