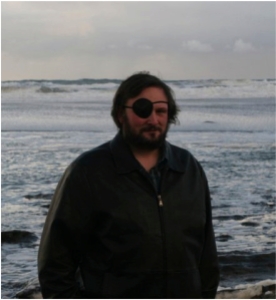 A heavy dose of Poe and Howard. In my teens I got a hold of King, Lovecraft, Barker, Shea, and it was on. Even then, most of my writing, about a million words or so, was primarily influenced by serial westerns, crime, golden age and new wave science fiction, and epic fantasy. I didn’t actually focus on horror until I began writing professionally about ten years ago. I credit Peter Straub and TED Klein as continued inspiration. 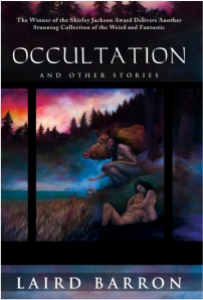 That’s difficult to say. I have two books out and both were received with generous praise from fans and critics alike. No two readers agree on a favourite story, and in a way that makes me happy as an artist. The other aspect of critical reception I’m pleased with is that many of my stories tend to polarise audiences. One camp clicks with and loves what I’m doing, another camp can’t believe such unmitigated rubbish finds its way into print. That’s gratifying. Personally, I rate Occultation as a more complete book, a more accomplished book than The Imago Sequence.

I’m working on a novel called The Croning—lots of passages about black magic, spies, cosmic horror, and nudity. I’m also putting the wraps on a third collection. Working title The Beautiful Thing that Awaits Us All. That one is sort of a synthesis of styles from my first two collections. Readers can expect tales of Roaring 20’s button men, cursed stag hunts on Gothic estates, ghost stories, stories about creepy, creepy insects. Sex, violence, fire.

That’s a long list, so I’ll stick to a handful of contemporaries: Michael Shea, a grandmaster stylist who continues to work and produce brilliant work; he’s a link to our genre’s past having risen to prominence alongside giants such as Karl Edward Wagner. John Langan, author of House of Windows, is a brilliant neo-classical horror writer—a number of people are satisfied to rehash the MR James, Poe, Machen traditions, while John amplifies them, makes them his own.

Livia Llewellyn is a scintillating stylist with a knack for the brutal and the visceral. Norman Partridge—simply one of the best American horror authors around. His blend of western, pulp, and straight up monster horror is always thrilling, always top notch. Then there’s Stephen Graham Jones, who you had on here recently. His collection The Ones that Got Away is a classic. He may or may not be the best author working this end of the spectrum, but I don’t think anyone is doing it better, or pushing the boundaries any harder. Read him, then you’ve got to check out Paul Tremblay who has an unnerving facility for crime fiction, science fiction, and piss your pants terror fiction depending on his mood. Sarah Langan, no relation to John, has written a couple of major novels. She’s got her own brand of thing, but in some very important respects she strikes me as a tougher, leaner, meaner 1970’s Stephen King. Wilum Pugmire and Joe Pulver are two acolytes of Lovecraft and Chambers. Dark poets and gentlemen of the first water, both.

All out gore bores me. I disagree with King’s old triage protocol wherein if he can’t achieve terror or horror, he goes for the gross out. He’s one of the greats, but those latter moments have never done him credit.  I think if one can’t achieve terror or horror, one should not go for the gross out—go pick some flowers, masturbate, play fetch with the dog, something actually useful. To paraphrase a comment by another author some years ago, there is a measure of the sublime inherent to violence. I like that. Violence and suffering can be crucial to a horror story, but without proper context, good characterisation, and psychological nuance, it’s just a matter of shredding paper dolls in a variety of equally soulless methods, a kid pulling wings off a fly. Without some manner of balance, the gig becomes craft-oriented, mechanised—the stamping of license plates or bolting IKEA deck chairs together, not creating art. 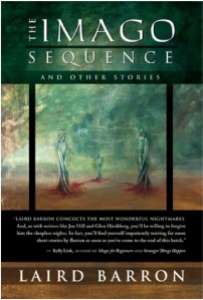 They probably shouldn’t. My work is rude, crude, unapologetically horrific and irredeemably bleak, often offensive, reliably ham-fisted, and elliptical enough to make an Aickman fanatic weep in frustration and rage. So, as one friendly critic helpfully informed her readers, let me spare you. Just don’t do it.

Permanent link to this article: https://www.thisishorror.co.uk/read-horror/meet-the-writer/laird-barron/