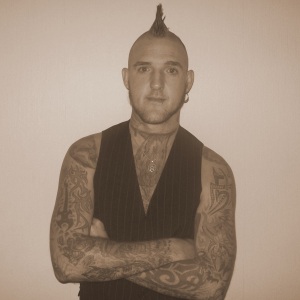 I began writing at a very early age. Back then I had an Olympia typewriter that would annoy my mother for hours on end, and most of the time I had to limit what I wrote to an hour a day or face her wrath. At around the same time I was into video-nasties, which is what they were known as then but would probably get a 15 rating now. I started reading Stephen King – I think the first King book I read was IT and then I read everything else that I could get my grubby little hands on. I just loved reading those dark stories. Then I discovered Shaun Hutson and decided that the gore element was another great reason for a twelve-year old boy to get into horror. Anything was possible in those books, and to me that was paramount.

Without a doubt my Dead series. I think that readers still love a great zombie story, and setting it in a maximum-security prison, or back in 1892 as I did with Dead West and Dead Cells, keeps the reader intrigued as to where you are going to take them.

I’m currently finishing off the first draft of my new book, Olly, which is a twisted reimagining of Dickens’ Oliver Twist. Set in modern-day London, where the pickpockets are now just out-and-out thugs in hoods and Fagin is nothing more than a paedophile, I’d like to think that if Dickens were still alive right now he’d kick the shit out of me.

I have to say the same as most horror writers: King, Koontz, Laymon, Herbert and Hutson, although these days I am discovering that a new breed of Modern Masters are emerging. I love David Moody’s books, and have to say that I am partial to a bit of Jack Ketchum. There are so many great authors, old and new, scaring the crap out of people. It’s a very exciting time to be a horror writer. 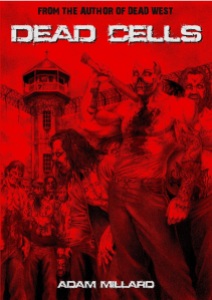 A mixture of both. Some stories should be just one or the other, but if you can somehow encapsulate gore and chills then you have yourself a really good book.

I try to create something unique with each book. If people want to read yet another story about twinkling vampires, then by all means go ahead – there’s plenty of it out there. What I aim to do is push the genre to its limits, and I hope that I can take as many readers with me as possible.

The Strain by Guilermo Del Toro and Chuck Hogan.  It has gore, it has chills, it has everything a great horror novel needs, including a kick-ass sequel – The Fall – and a magnificent finale in The Night Eternal. And not a sparkly bloodsucker in sight.

Permanent link to this article: https://www.thisishorror.co.uk/read-horror/meet-the-writer/adam-millard/