Return to Meet The Publisher 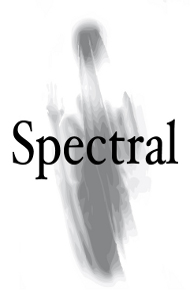 When and how did Spectral Press form?

That would be last year, about a week or two after FantasyCon 2010. I’d been handed two of Nicholas Royle’s Nightjar Press chapbooks there and, when I got home, I realised what a perfect little format the chapbook was. So, in what was possibly a moment of inspired madness, I decided to start my own imprint, although this isn’t the first I have ventured into publishing – many years ago I produced a single issue of a comic called The Cosmic Bean, and then later I produced one of the UK’s first ‘music fanzines’ devoted entirely to the then-burgeoning industrial music scene. In some senses, then, Spectral Press is a return to a starting point, as well as a coming home.

What attracted you to the horror genre?

It’s in my blood – my father was a great lover of sci-fi and fantasy literature, and I believe he owned first edition copies of The Lord of the Rings, buying them when they were first published. Whatever he read, Professor Tolkien’s magisterial work remained his favourite and watching him read the book is one of my very earliest and very clearest memories of childhood. Inevitably, I gravitated towards genre books because of this, rather than any other type, starting off with science-fiction, then graduating onto fantasy (I read LotR at age six) and finally making the leap to horror at about age eight. I even remember the first ever horror book I read, too: Elliot O’Donnell’s The Screaming Skull and Other Ghost Stories. I even have a vague recollection of having the book confiscated because I was caught reading it in class in primary school. Of course, my parents were horrified at my choice of literature (mind you, I found it on the bookshelves at home, so they must have known of its existence). And so, I have mainly read within those three genres ever since, with a smattering of classics and modern authors in between.

What type of horror do Spectral Press publish?

Spectral publishes good writing, mainly in the supernatural/ghostly/psychological horror vein, but it’s not just limited to traditional renditions of chillers or tales of ghostly hauntings. I like the stories to work much deeper than that, almost viscerally so, and engage the reader on some hidden level, if you like, psychologically, emotionally and spiritually. We all like a good spine-tingling thrill, but some of the best writing reaches beyond that and slithers through the cracks and gets under your skin, hitting on all those raw nerves and twisting them. And you don’t need to do that through gratuitous gore and violence, just well-placed and appropriate suggestion and implication. Those are the qualities that made the stories of authors such as EA Poe, HP Lovecraft, Arthur Machen and MR James so successful. It’s often what you don’t reveal that’s most effective, and these classic writers understood that. Those are the sort of stories I am aiming for with Spectral. 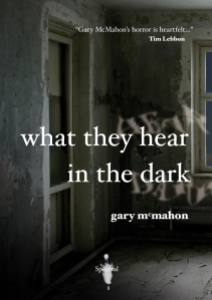 Talk us through some of the key authors at Spectral Press.

So far, there have been two chapbooks published – Gary McMahon’s What They Hear in the Dark and Gary Fry’s Abolisher of Roses. Gary M is the rising star of the British horror scene, having recently published his first mainstream mass-market paperback, Pretty Little Dead Things (Angry Robot), which will be followed this autumn with Dead Bad Things from the same publisher. Gary F’s pedigree is just as broad, his first ever short story having been chosen to be included in a Ramsey Campbell-edited anthology by the man himself. Other authors coming up include such stalwarts of the scene as Simon Kurt Unsworth, Paul Finch, Wayne Simmons, Simon Bestwick, and Paul Kane. There are others by newer voices, too, like Alison J. Littlewood, Thana Niveau, Stephen Bacon and Cate Gardner. What they have in common is an innate sense of what makes a good story.

What are your upcoming releases?

In September, just before FantasyCon 2011, I’m publishing a story by the delightful Cate Gardner, whose surreal, darkly-tinged fairytale style stories offer us an alternative take on the ghost story. In Nowhere Hall, a man is haunted not by his own ghosts, but those of someone else. It’s quirky (a word I normally detest using in connection with writers) and very individual, told with verve and wit. Definitely not your conventional ghost story, anyway.

Then we have Paul Finch’s King Death, a tale of misplaced hubris and its unforeseen consequences. I would say this is more of a traditional supernatural tale, incredibly atmospheric and placed in a landscape steeped in the world of the unseen, with Paul evoking the atmosphere of medieval Plague-ridden Britain absolutely superbly. Following him we have Simon Kurt Unsworth’s Rough Music, a darkly disturbing story of a couple attempting to find the spark in their relationship once more, but the husband’s past is brought to light in a wholly unexpected, and unwanted, way.

Finally, for now at least, I’ll be publishing Alison Littlewood’s The Eyes of Water in June 2012, inspired by her recent trip to Mexico, where Alison spent some time exploring flooded caves called cenotes, which she has skilfully combined with the ancient mythology of Central America. Definitely one to look forward to, I think. 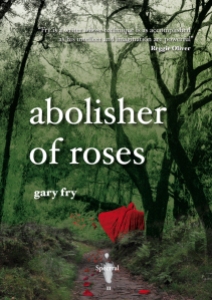 What Spectral Press releases are you most proud of and why?

I’ve only released the two books so far, and I am inordinately proud of both, mainly because I took a vague idea and actually made it happen. Add to that the overwhelmingly positive response to what Spectral is aiming to do, having received enthusiastic reviews for both publications, and I can’t help but be proud of what I’ve managed to achieve in such a short time (with, of course, a HUGE helping hand from everyone involved – authors, graphic designer AND readers – MASSIVE thanks are due to all of them!).

Do e-books threaten or complement the print industry?

I tend to see them as complementary, and there will always be room for both platforms – in other words, I can’t see the physical book disappearing anytime soon. I’m a ‘real’ book man myself, and I will always fight in their corner – but that’s just me.

Are you currently open for submission?

It’s an invite-only affair at present, as I am VERY fussy about quality and constantly aware of the need to maintain what I’ve already established. However, I am planning, at some point in the future, to hold irregular open competitions, calling for submissions from new writers to give them exposure and maybe a chance to get the breakthrough they’re seeking. Their prize will be to get a chapbook of their own – however, I want to get Spectral as firmly established as I can before holding the first one, as I would like people to be able to trust the ‘brand’, so to speak, and be assured that the quality will be there.

What authors would you love to see write for Spectral Press?

Ahhh… where do I start? I would like to see writers like Ramsey Campbell, Tim Lebbon, Conrad Williams, Mark Morris, Graham Joyce and Sarah Pinborough in Spectral chapbooks, for starters. I think that’ll be enough to go on with….

Who is the most influential horror writer of all time and why?

For me? It has to be Clive Barker – his Books of Blood changed my perception of the possibilities inherent in the horror genre forever. One story in particular – In the Hills, The Cities, really opened my eyes: horror, combined with a peculiarly-tuned imagination, could take the genre to rarely-visited territories and bring back something that readers would never have thought possible. Just wonderful, and very inspiring.

What does the future hold for Spectral Press?

In the spring of 2013, I will be launching the Spectral Signature Editions – single-author story collections in a very high-quality, limited, signed, numbered and illustrated hardback format. I am also looking to bring out an e-book-only line of novels and novellas, but when that will happen hasn’t been decided yet. One thing is definitely for certain, however: Spectral is definitely going to be a stayer and become a name synonymous with quality, both in terms of storytelling and presentation. I have absolutely NO doubt about that!

Thank you to Simon Marshall-Jones for taking time out of his busy schedule for this interview.

Permanent link to this article: https://www.thisishorror.co.uk/read-horror/meet-the-publisher/spectral-press/