Return to Meet The Publisher

Mark Christopher Scioneaux is the founder of Horror to Fight Horrors, a charitable group teamed with Cutting Block Press to produce anthologies that benefit charitable organisations. His first anthology, Horror For Good: A Charitable Anthology, will give all proceeds to amfAR, an international AIDS charity.

When and how did Horror To Fight Horrors form?

Horror To Fight Horrors formed in order to put out the anthology, Horror For Good: A Charitable Anthology. It would not exist without the unique Facebook group: Kindle Horror Books. This group brings together a large number of readers and writers of horror fiction. I was lucky enough to be added to the group and really connected with a lot of the people who posted regularly.

One day, I thought to myself, “We have so many talented writers, why not put an anthology together as a free e-book on kindle?” Someone then suggested that they had done one for charity, and that idea seemed much better. The thought of helping others has been something I have always had in the back of my mind, but I hadn’t a clue how to go about it. I wanted to do more than just send a charity a $20 cheque and go about my life. I wanted to make a difference. But to do that, I needed help.

Robert S. Wilson expressed the most interest in helping me and has worked tirelessly and selflessly in making HFG what it is now. His efforts have been invaluable and him and I have hit it off like we have been friends our entire life.

Christine Sutton researched charities for us and helped us initially with getting the page up. While she is more behind the scenes, her efforts are valuable and very much appreciated. When a few big-named authors wanted to jump on board, we knew we were on the cusp of something great.

We then teamed up with the talented R.J. Cavender and Cutting Block Press. They brought an entirely new level of experience and professionalism to the table.

Our Facebook fans chose, by vote, the charity, amfAR, an international organisation for AIDS research and prevention. We are all so happy to have the chance to help out this great charity and put together a book that all fans of horror will enjoy. 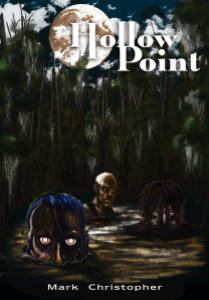 What attracted you to the horror genre?

I think what attracted me to the genre was never being around it as a child. In fact, I didn’t really get into horror until I was in college. As a child growing up, it was never something watched in my household, but when I was old enough, I threw myself into it. I love it, because it’s everything I am not. I love writing about it because there is something inside of me that screams to be let out – so, I release it as words on paper.

What type of horror do Horror To Fight Horrors publish?

Well, our current anthology, Horror For Good, is open to every form of the genre imaginable. We debated making a thematic anthology, but decided against that. It seems that these types of anthologies can get stale after the reader goes through a few stories. We wanted range and diversity, and I must say we are set to deliver on that.

Talk us through some of the key authors contributing to Horror For Good.

So many big names will be contributing to this project that it is simply unreal. We’ve received stories from Jack Ketchum, Ramsey Campbell, Ray Garton, Lisa Morton, Benjamin Kane Ethridge, Joe McKinney, Jeff Strand, Tracie McBride, and more. Also, a good number of authors have stated that they would like to contribute as well: John Skipp, Lisa Mannetti, Joe Lansdale, and Jonathan Maberry – and this is just naming a few! However, we are every bit as open to less established authors and those just starting out. A good story is a good story, and just because someone hasn’t had much commercial success, it does not mean they won’t make the anthology. We have an open mind when we read the stories we receive.

What are your upcoming releases?

At this moment we are busy working on Horror For Good: A Charitable Anthology. For myself personally, my zombie thriller Hollow Point was released at the beginning of September. I have a short story, ‘How Slappy Ended Christmas’ in a horror Christmas anthology set for release soon from Open Casket Press. My co-editor, Robert S. Wilson has just put out his first novel Shining in Crimson.

What are you most proud of thus far, and why?

The response to this project has just been phenomenal. We have Stoker award winners and international best sellers contributing stories to our cause. We also have a large number of self-published authors and authors who have been with smaller presses submitting as well. What makes this project great is that everyone has a chance to get in. It doesn’t matter who you are or how much you have accomplished in terms of books sales. If your story is good enough, it’s in. What I hoped to achieve with this project (other than the obvious which was to raise money for a great cause) was to show the world that the horror writing community is a community of big hearts. We might write about blood and gore, or death and despair, but deep down we are caring people who want to help others. And so far, I am being proven right. We are a community of caring, wonderful people.

Do e-books threaten or complement the print industry?

I would have to say they complement the industry, and here is why: they make all books affordable, accessible, and convenient to the masses. It is so easy now to sit back and order a book with just the touch of a few buttons. And within seconds it is right there in front of you. Now some companies jumped on this trend early (Barnes & Noble) while others lagged behind and hung to the old ways (Borders). It also cuts down immensely on printing cost allowing publishers to sell their books at a more reasonable price. It also puts a book in the hand of every person in the world, especially for many people who cannot make it to a bookstore.

Are you currently open for submission?

What authors would you love to see write for Horror For Good?

We have gotten so many talented authors to commit, but for me personally I would love to have stories from Clive Barker, Stephen King, and Peter Straub. I also think it would be wild to receive a story from R.L. Stine.

Who is the most influential horror writer of all time and why?

I think it comes down to two people: H.P. Lovecraft and Stephen King. Lovecraft gets the nod for influencing all the great horror writers of today, and for creating the Cthulhu Mythos. Stephen King would get my vote for a more modern choice. His novels are truly terrifying and he has inspired a whole new generation of writers, myself included.

What does the future hold for Horror To Fight Horrors?

I think the future holds good things. What we plan to accomplish is to show that we can produce a great anthology and raise money for a great cause. If it is a success then we will do one every year and for a different charity. The sky is the limit and the ride has been a blast so far.

Horror For Good: A Charitable Anthology

Permanent link to this article: https://www.thisishorror.co.uk/read-horror/meet-the-publisher/horror-to-fight-horrors/