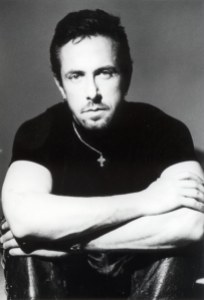 As some of you might be aware, if you’ve been paying attention or perhaps stalking me over the internet via the various sites I write for, the author/artist/playwright/film-maker/visionary Clive Barker has had an enormous influence over me, especially in terms of my reading and artwork. Indeed, as the reading/talk/panel discussion I attended last Friday 5 August in Waterstones, Liverpool (‘Hellbound Hearts: The Influence of Clive Barker on 21st Century Horror’) made very plain, that influence has touched an enormous number of people over the decades, including other film-makers, authors and artists. Even though it would be fair to say that his presence on the scene is no longer as strong as it once was, nevertheless what he started with the Books of Blood is still reverberating decades after they were originally published.

The event itself was divided into two sections: readings from three modern masters of the horror short story (Marie O’Regan, Paul Kane and Mark Morris) which was followed by a panel discussion looking at Barker’s continuing influence. For the latter, the authors were joined by Ramsey Campbell, a writer who had a great deal to do with getting Barker into the spotlight all those years ago, despite his somewhat modest appraisal of his role. But first, let’s start with the readings.

Marie O’Regan’s story ‘The Real Me’ (which will shortly be appearing in Midnight Street) came closest to the Barkerian concept of ‘body horror’. It centres around the practise of plastic surgery and the obsessive need of some to erase imperfection. The protagonist of the story has had numerous procedures performed on her over the course of a few years, to iron out facial wrinkles or to tighten her stomach, but as another character so perspicaciously asks – have these operations made her happier? Underneath the taut parchment skin her mind still looks for imperfection, signalling a general dissatisfaction with herself. As the story progresses the search metamorphoses from a physical one (looking for those physical imperfections, however slight) into a search for that elusive quality, true happiness (which isn’t as readily defined as one might think). The catalyst for her eventual solution is her husband, who has a procedure performed on himself to please her, and it is then that she realises that the ‘reality’ of humanity lies within, and not on the surface. The denouément is eminently worthy of the influence of Barker.

Paul Kane was up next, and his story, simply titled Strobe, brought another one of Barker’s tropes into play – an object or process that opens a gateway to another dimension of experience. In this case, it was a simple strobing effect, ostensibly altering the epileptic protagonist’s perceptions and shifting them elsewhere. Paul captured the addiction and obsession of what I would call a ‘pilgrim’ of a darker shade (just like Frank in The Hellbound Heart, whose search for the ultimate pleasure leads him along a similar path), a seeker who searches for the ultimate experience and what it may portend on a personal level, extremely well. Here we see someone gradually shedding their associations and affiliations in the real world, just so that they can get closer to the numinous. Again, this transcendence of the ordinary through extraordinary means is at the heart of Barker’s fiction, and Paul very much brought that out in his excellent tale.

Mark Morris’ Salad Days was, perhaps, the most visceral, direct and immediate, and expertly told. A man wakes up to find himself bound, gagged and blindfolded after a night out, and his memory of the evening before is somewhat hazy. He is eventually confronted by his captor, an elderly gentleman who appears to lack both life and a soul. We gradually find out why as the story goes on: the harrowing loss of a child many years previously. The Barkerian element here is the twist at the end; a wholly unexpected resolution to all the strands coming together throughout the tale. It had me on the edge of my seat the entire way through and I have to admit that every time the protagonist uttered an expletive it felt like a bullet. The tension, the terror and the ultimate ending were perfectly pitched and, even though Morris’ tale was by far the longest of the three offerings, it had the profoundest effect of them all. I continually wondered where it was all going – the sense of dread that Morris crafted was palpable, and finely honed. 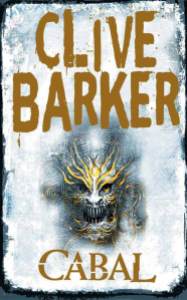 What I came away with most strongly from the panel discussion is how Barker changed the emphasis of the ‘monster’ in horror fiction: that, in effect, the monsters were the ‘heroes’ and the humans were the true monsters. This can be seen particularly in Cabal (filmed as Nightbreed), where it is the denizens of Midian who suffer the depredations of mankind, when all they want is to be left alone. Barker invests the various creatures with a strange beauty, and indeed, with Hellraiser’s Pinhead, he’s taken that further by making body-modification (even as extreme as it is) something sexy and alluring. In the film this is emphasised even more strongly, with the startling use of bondage imagery, piercing, blood and scarification. He’s trying to make us see things from a different angle, that the persecuted are not the evil pariahs we are told they are and that the inhumanity often proceeds from those who profess, or are seen, to be ‘normal’. Going back to Cabal for a moment, it could be said that Boone’s search is entirely based on finding a ‘home’, in both a physical and spiritual sense, and that Midian, the habitation of outcasts, is that home.

Barker has achieved what many set out to do, but very few actually succeed in doing: changing the face of horror, and people’s perceptions of the genre. Ramsey Campbell expressed this particularly well in talking about his experiences of mentoring the young writer and how, even back then, there was recognition of a unique gift at work. The difference between what Barker creates and what a lot of other horror writers are doing is simple: the man has never limited himself to a single brush or a narrow canvas. His worlds are complete in their utter broadness and range from the interior worlds of the heart right up to the expansiveness of barely discernible realms of the numinous. And he makes it all utterly believable. I may never get to meet the man himself (a personal ambition, however), but I still want to thank him for opening my eyes to possibilities, for showing me that there are as many shades and distinctions of horror as there are layers of life itself – I can honestly say that no other writer (with the possible exceptions of China Miéville and Umberto Eco, perhaps) has broadened my horizons, as far toward the infinite as it’s possible to get, as Clive Barker has managed to do.

I would like to thank the organisers for putting on such a thought-provoking event as this one turned out to be, and also the staff of Waterstones in Liverpool One. I also want to thank Ramsey Campbell for the fantastic insights, and Paul Kane, Marie O’Regan and Mark Morris for the stories and fabulous company afterwards. It goes without saying that I also include Alison Littlewood and Simon Bestwick in that fabulous company as well. One of the best nights I’ve had out for a long time…

Permanent link to this article: https://www.thisishorror.co.uk/read-horror/event-reviews/hellbound-hearts-the-influence-of-clive-barker-on-21st-century-horror/