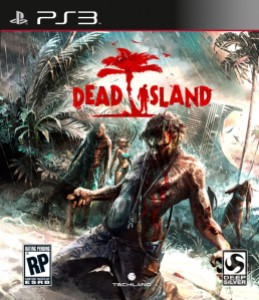 Set on the fictional island of Banoi – which in Oceanic mythology translates as the land of the dead – lies the beautiful, idyllic holiday destination of Palms Resort. Surrounded by lush gardens and gorgeous beaches, celebrities and general holidaymakers alike are drawn to the atoll. When a zombie virus breaks out, it is up to you, as one of four possible characters, to find out what is going on as well as protecting your own hide.

The game has a main storyline to follow as well as offering you the opportunity to explore the island and complete side missions that will help you to level up and increase your skills and weapons. The game promises much and the change of scenery for a zombie horror survival game from the usual night-time to broad daylight is an interesting one. There are NPCs who are happy to assist you in your endeavours to uncover the truth and survive as well as the usual characters who are untrustworthy and won’t think twice about blowing your head off. Scavenging items and trading them with willing vendors is a good way to improve your chances of progress as you can repair and upgrade your weapons – this is essential if you’re to succeed.

As with any good horror game, there are a variety of monsters to defeat which range from your basic slow moving zombies to boss-like deadites which require a more strategic approach. You’ll hear the majority of the undead before you see them, which keeps you on tender-hooks throughout. Additionally, there are drivable vehicles and the satisfaction felt as you run over the zombies clambering for your flesh is palpable. 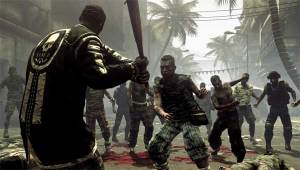 The main issues with the game stem from its apparent riding on the coat-tails of its predecessors. The levelling up for your character is an almost direct copy of the VAT system offered in Fallout 3; the weapon adjustment and upgrades were utilised in Dead Rising 2; and the co-op play is taken from Left 4 Dead. On top of this, the graphics are little better than the original Left 4 Dead, with issues surrounding invisible walls – zombies actually appear through walls or floors almost by osmosis – and the [occasionally flawed] combat. There are too many instances where zombies surround your character and your strikes fail to connect, leading to frustration.

There’s little punishment for death. Instead of restarting from a faraway checkpoint, you lose a little bit of your cash to regenerate and, sometimes, the game will actually move you past the point of death seeming to take pity on you, even if you’ve only failed at that point once!

Ultimately, the game does enough to warrant a play through, but the niggles and concerns that show themselves do little to prompt repeated visits to Banoi unless you are a completist.

Permanent link to this article: https://www.thisishorror.co.uk/play-horror/videogame-reviews/dead-island/