As it’s the festive season I’ve decided to put aside my normal Scrooge-like persona and write about something a little more positive. To that end, I am going to tell you about an aspect of the horror genre I particularly enjoy and why I enjoy it – traditional ghost stories. This was prompted by the recent release of Stephen Volk’s The Awakening in the cinema (co-written with director Nick Murphy), which, judging from the reviews, harks back to the species of stories that started me off in the first place.

This is, I suppose, what I was ‘brought up on’ when it comes to my first forays into horror literature. As I’ve said elsewhere, my first taste of horror was found on the bookshelf outside my bedroom door: Elliott O’Donnell’s The Screaming Skulls and other Ghost stories: A collection of true and legendary ghost stories, published in paperback by Four Square in 1966. I’m actually looking at a copy now, given to me earlier this year by Johnny Mains, and I am trying to remember exactly what it was about it that intrigued me enough to pull it off the shelf. Perhaps it was just the title on the spine, with mention of skulls, or perhaps the disembodied skulls themselves floating next to a three-pronged candlestick. I distinctly remember being endlessly entranced by skulls back then, so that would definitely fit in with why I would have wanted to read it. This was forty years ago now, so memory is somewhat hazy, but I do remember taking it to school with me to read during my lunch hour, and the book eventually being confiscated by Mr. Singh, my teacher (the shock and horror of it all!).

It opened my eyes in many ways. Around that same time I was reading a lot of mystery books, including The Three Investigators (including one book where the memorable image of a ghostly lady being projected onto the wall of a room featured in the story – but, like I say, memory is hazy and I can’t recall the title) and other stuff I’ve since forgotten. Then fast-forward a couple of years, when I stumbled upon (on the same bookshelf) what is, perhaps, the quintessential Christmas ghost story in the English language – A Christmas Carol by Charles Dickens (he actually wrote five Christmas ghost stories, but I will be discussing these in a separate article). That tale, more than any other, set off my love of ghost stories. But, as is life’s wont, after reading a few more examples here and there in my teen years (including a volume or two of the Mary Danby-edited anthologies for teens), I wandered into other horror territory and soon forgot about them.

Now, in the present, I am returning to and rediscovering those ghost stories or, more specifically, the late 19th/early-20th century exemplars of the genre, from both sides of the Atlantic. I’d always been aware of names such as M R James, Henry James, Edgar Allan Poe, Algernon Blackwood and Arthur Machen, and no doubt in the mists of my youth I’d read a few of these author’s works in some anthology or other without being aware of who had written them (that was the kind of child I was – I rarely paid attention to who had written a story, I just liked the stories themselves). I liked the tales then because they could scare, unsettle and disturb me. They still have the power to do so now, thirty to forty years down the line. Moreover, they were written in such an artful way that I was required to use my imagination to fill in the ‘blanks’, so to speak, exploiting the truism that what you can imagine is always a lot worse than anything an author could come up with.

That last observation also applies to my taste in cinematic horror. Those old black and white films can still send shivers down the spine, despite our modern ‘sensibilities’. Additionally, the fact that they’re in black and white lends them an even spookier ambience that colour just doesn’t possess (a favourite of mine is Carnival of Souls – a fantastically atmospheric film). Yes, they do look creaky and old-fashioned to today’s audiences, which often leads one to forget that at one time they did have the power to frighten people – and we must never forget that, no matter how dated they’ve become, they’re still the bedrock upon which modern expositions of cinematic horror are based.

To get back to the literature side of things – in line with most people I suspect, in my late teens and well into my twenties I looked for something more ‘meaty’ (read ‘bloodier and nastier’) than anything the relatively tame ghost stories could offer (I also went the same way with film choices too). I read a lot of instantly forgettable trashy horror pulp novels around that time which, after a while, all blurred into one indifferent mess. However, I did come across some gems during the course of my reading, like Brian Lumley for instance, Ramsey Campbell and, of course, Clive Barker. The latter author, as I’ve mentioned before, reinvented the horror genre for me, his writing bringing in as it did elements of fantastic and weird genre fiction that went a long way to making it something ‘other’ and helping to distinguish it from the turgid morass of horror books that were available on the shelves. Furthermore, it restored my faith in the genre, which I felt was beginning to retread the same old ground and constantly regurgitate the same tired old themes. There was only so much that I could read or watch before I’d read or seen it all before.

Modern masters of the ghost story 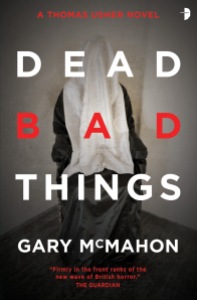 I won’t lie: I then got jaded with the whole horror thing and went on to explore other territories. Like most things in life, however, I found myself circling back to the scene a couple of years ago, discovering new writers like Gary McMahon, Simon Kurt Unsworth, Steve Duffy and others. It was clear from reading them that they owed considerable debts to those authors who had pioneered the ghost story in the late 19th/early 20th centuries, and whose names have since become inextricably linked with the genre. Moreover, these pioneering authors are now considered writers of ‘classic’ literature, of the sort that is academically studied and debated over. In effect, reading the modern expositors of the ghost/horror story propelled me backwards in time, to reacquaint myself with the originators and their work. Without wishing to denigrate those writers and readers who prefer the more ‘visceral’ end of the spectrum, on a personal level I find the traditional ghost story infinitely more satisfying and fulfilling, slaking the thirsty demands of providing truly supernatural shivers as well as stories that linger on well after I’ve finished reading them. The gorier examples out there do also have their purpose (even for me sometimes), providing a more superficial thrill and quenching a much more primal need. I suppose, in my case at least, I’ve grown older, my tastes having changed in the intervening period, and now I tend to seek out something more ‘meaningful’ to me.

I’ve found this happening within all my genre reading (and collecting) – I am continually looking back for my literary thrills, to the masters of yesteryear. It’s also very interesting from the perspective of the job I do, which is publishing the modern cadre of horror writers, to see where they’ve come from. In many cases it’s obvious where a writer got his cues from. I’ve also found that I can appreciate the way that any particular story has been written, the sometimes slow revelation of a haunting, for example, building up the tension steadily, or the precise rhythms and measured beats within a tale that make it so effective, or how a writer draws the reader into events like an unwilling, but nevertheless fascinated, participant. This brings home to me more than anything that writing is an art, no matter what genre you work within.

In short then, the reason I prefer traditional ghost stories is that a classic tale will insinuate itself incrementally and subtly into your mind, planting seeds of fear and terror while you’re reading it. Whilst I admit that gore and violence do have their place within the extensive tapestry of the horror genre, I find that much of it is done purely for shock value (and in some cases, to cover a lack of plot and/or writing ability) – these were facets which I appreciated and actively sought out when I was younger, but they just don’t do it for me anymore. Like a great deal in life, it’s an entirely personal matter just which face of the genre you like looking at most and where you stand in relationship with it as a whole. But, at bottom, the one thing that horror does do especially well is cater to a broad palette of literary flavours – and that’s what I love about it.

Permanent link to this article: https://www.thisishorror.co.uk/columns/read-letter-day/traditional-ghost-stories/