Writers: How to start a novel and how many drafts to write

“Sometimes I start with just one scene and decide that an entire novel must be written to accommodate this supposedly brilliant scene.” 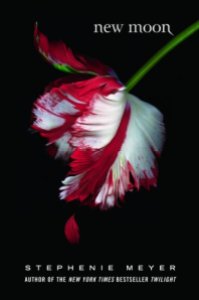 I think the most important thing to remember when you start writing a novel is that there are no fixed rules to stick to.

No one says you have to start with this and end with that.  There is no manual for writers setting out guidelines that have to be followed.  I’m pretty sure that when Bram Stoker wrote Dracula he wasn’t worried about what the critics were going to say about structure!

The most important thing (I always used to believe) is to write what you want to write and then just pray to God that someone wants to read it.  Forget about jumping on literary or publishing bandwagons because publishing moves so slowly that by the time you’ve leapt towards the bandwagon you want the entire thing will have moved on leaving you lying in the street flat on your face.  If books about teenage vampires and werewolves (wow, has that ever been done?) are big while you’re writing then fair enough but don’t expect them to still be big when you’re finished.  Years could have passed by that time.  I’ve just realised – by the way – what a really shit example teenage vampires are as Twilight, and its ilk, will probably dominate the genre for the rest of fucking eternity.  And no, before anyone asks, I’m not jealous I just hate what they’ve done to the figure of the vampire in horror fiction.  They’ve turned them into clowns.  Vampires are supposed to be menacing, powerful and feared.  They’re not supposed to roll around in fields sparkling.  But what do I know?

The only genre that seems to be impervious to the passing of time is crime.  For the last twenty years serial killers and the detectives chasing them have been big business and this shows no sign of subsiding but we’re supposed to be talking horror here aren’t we?  Not that the two are mutually exclusive of course but is The Silence of the Lambs a horror novel?  I don’t think it is.  It’s horrific but it’s not a horror novel.  That genre has, I happen to believe, been instrumental in killing the horror genre.

So, smartarse I hear you call, what is a horror novel?  Well, to answer that question, I haven’t got a fucking clue!  The dictionary definition of horror is physical revulsion so the field is pretty broad. 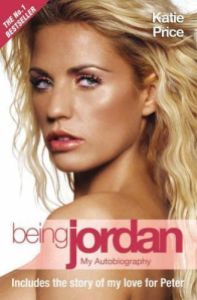 I personally find anything with Jordan’s name on it revolting but whether that would count I’m not sure.  But sorry, back to the books and their creation and the actual creation of a novel.  Where the fuck do you start?

As ever, I’ll repeat this again and again.  Every author is different but we’re not talking about other authors here are we, we’re talking about me.  I start with a plot. A small idea that I might have spotted in the paper or heard about on the news gets filed away somewhere in my mind (or written on a piece of paper) or I look at it immediately and think that I have to write a book with that central idea as the basis.  Sometimes I start with just one scene and decide that an entire novel must be written to accommodate this supposedly brilliant scene I’ve just thought of. Such was the case with Breeding Ground.  I had the idea of someone being eaten alive while sitting on a toilet for ages (don’t ask me why) and that was perfect for the Slugs sequel.  The idea for Dying Words was sparked by looking at a painting.  Erebus came from an article about a blood disease I read in the Daily Mirror!  You never know where ideas are going to come from or how you’re going to use them but you just hope that they keep coming.

I used to have a file with one line ideas just scribbled down – page after page of shit that I’d thought of, most of it unusable. Even lines of dialogue.  Over the years some has been used but most has been discarded.  Something you thought of two years ago might be useful now.  Something you fancy writing about now might not work for another year or so.  You get my drift.  Once the idea is there I work out the plot in the smallest detail then do detailed notes on every chapter, write a cast list of characters (complete with their hair colour, physical characteristics etc beside their names) and make sure all my research is done, then I’m ready to go.  Well, that was how I used to do it at the beginning.  Now I tend to sort out the synopsis and just start and see what happens.  This isn’t a very good idea if you’ve got some big sprawling novel that’s got locations on three Continents but if it’s a relatively small cast, limited settings and characters you know then you can get away with it if you’re lucky.

I write one draft.  That’s it.  Then it goes off to the publishers and the editor comes back with queries, I put that right and that’s it.  On more than one occasion a novel has been thrown back at me by an agent and I’ve had to virtually re-write the whole fucking thing (Relics and Unmarked Graves spring to mind) but this is rare.  Editors will occasionally offer advice about characters and scenes but if I’m honest I usually only follow these if I think they’re going to improve the book (i.e. make it sell more copies). 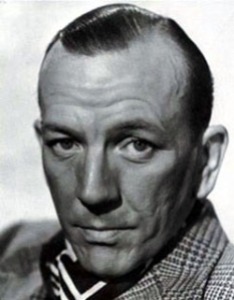 I’m not precious about my work (that’s pretty fucking obvious a few of you will be grunting…).  If I write a great scene and an editor thinks it would be better cut out then I’ll cut it.  Simple as that.  I’ll fight for things that I believe in to be retained but ultimately, you get to the point where you can’t look at your own work subjectively and another viewpoint is needed.  An editor once tried to cut all the bad language out of Necessary Evil but I thought that was ridiculous.  Members of the London Underworld don’t wander around speaking like characters from a Noel Coward play; they tend to swear a bit so the shits, fucks, cunts and bollocks went back in!

Scenes have been cut from books because they were simply too revolting of course.  I had a scene cut from Erebus before it was even written!  About twenty-five pages of a pseudonym novel I wrote called Chainsaw Terror were cut back in the 80’s but that’s another story…

Permanent link to this article: https://www.thisishorror.co.uk/columns/the-gorefather/writers-how-to-start-a-novel-and-how-many-drafts-to-write/